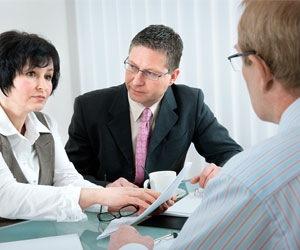 Retainer agreements are generally a type of agreement between clients and lawyers setting out the terms of a contract for services by lawyer to client. Most of us are familiar with hourly retainers whereby the client will deposit a certain amount of funds in lawyer’s trust account, who will then withdraw from client’s trust funds periodically, based on the length of time lawyer has worked multiplied by his or her hourly rate.

Contingency fee retainer agreements are different in that the fees (and often disbursements) are not paid until the lawyer recovers a sum in the form of settlement or judgment, on client’s behalf. Lawyer’s fees are only paid upon occurrence of a “contingency” – recovery of funds for client – at a pre-determined percentage of recovery. These agreements are also known as “no win no fees”.

In the past contingency fee retainers were banned in Canada, Scotland, England and Wales and Australia. They were seen as encouraging lawsuits and champerties. It took until 2004 when arguments in favor of contingency fee retainers, for the sake of access to justice, prevailed in Ontario and they were officially recognized as a legitimate form of retainer agreement. This was achieved by passage of a regulation to the Solicitors Act (O.Reg. 195/04). Nonetheless, contingency fee agreements in Ontario have a longer history and go much further in the past than 2004. While lawyers were not permitted to charge a percentage of the recovery before 2004, arrangements whereby the representative would only charge a “fair fee” depending on the degree of success, provided plaintiffs with some level of access to justice in the past.

In my field of practice, an injured person’s available resources for litigating a personal injury dispute is incomparable to that of the other party in dispute – the insurance company. A typical personal injury litigation file requires tens of thousands of dollars in disbursements alone, let alone legal fees. The importance of experts’ opinions in personal injury litigation is one of the main reasons for the increase  in litigation costs. Plaintiffs bear the onus of proving their cases. In order for a brain-injured child to prove the impact of injuries on her ability to obtain gainful employment in the future and to prove her financial losses suffered as a result, courts will expect opinions from experts in various fields such as neurologist, occupational therapists, vocational experts and forensic accountants. A report from each of these experts could cost the plaintiff thousands of dollars. Having each of the experts testify at the trial will cost additional thousands.

On the other hand, significant amount of time and effort must be spent by the lawyer and his/her team before a case is made and prepared for settlement or trial. Multiplying the number of hours spent by a lawyer of any stature’s hourly rate and adding the amount of disbursements to be incurred will equal justice denied for most of those injured in an accident (or family of those killed), caused by someone else’s negligence.

Though not the perfect solution for the access-to-justice problem, contingency fee retainers are significantly helpful. In these times of constant (and often tasteless) advertising by some personal injury practitioners, we may overlook the utility and value of contingency fee retainers, whereby the risks of litigation are born by the lawyers, not the litigant.

There are several reasons why lawyers are not given a free pass on contingency fee arrangements with their clients. Vulnerability and lack of financial resources – the very same reasons that make contingency fee agreements attractive for most people could be used by (some) lawyers to take advantage of those who need their assistance most.

Since 2004 the Law Society and law makers have introduced several laws, regulations, and policies on contingency fee retainers. While it may not be practically possible for everyone – particularly those seriously injured in an accident – to learn all of those laws and regulations and make an informed decision on whether the retainer a lawyer put in front of them is kosher, recent journalist investigations, Law Society disciplinary actions, and court cases have provided a strong disincentive for (hopefully most) lawyers to learn the rules and avoid making serious mistakes in their contingency fee agreements.

In calculating the quantum of the contingency fee, the fee must be based upon the total amount of damages and interest and must exclude any amount awarded or agreed upon for costs and disbursements. For example, if the parties agree on a 30% contingency fee and $100,000 is paid for damages and interest, and $50,000 for partial indemnity costs, disbursements, and HST, the fee will be $30,000 of $100,000 and not of $150,000.

There is no standard on the percentage of damages that a lawyer may recover for his or fees but section 7 of Ontario Regulation 195/04, a Solicitors Act regulation, outlines that the lawyer “shall not recover more in fees under the agreement than the plaintiff recovers”, which effectively outlaws any retainer agreement seeking more than 50% of damages in fees, unless the lawyer or client have the retainer approved by the court within 90 days after signing. In Ontario personal injury contingency fee retainer agreements call for anywhere between 25 to 35 percent of damages on account of lawyer’s fees.

In circumstances where the lawyer enters into a contingency fee retainer agreement with a “person under disability”, through his or her litigation guardian, the retainer must be approved by a judge before the lawyer can get paid for his or her fees. Persons under disability include individuals under the age of majority (18) or individuals who have a mental disability, or an absentee. Contingency fee or not, Rules of Civil Procedure require that any settlement entered on behalf of a person with disability must be approved by a judge, or else it is not binding on the person.

There are several other requirements for a legally binding retainer agreement. Keep in mind that according to O. Reg 195/04 the solicitor or client only have 6 months from delivery of a statement of account, to apply to court for assessment of a contingency fee retainer agreement, which is essentially the process of having the court look at the retainer and deciding whether its reasonable and enforceable.

The Ontario Trial Lawyers Association is the only organization in Ontario to draft a contingency fee agreement that is fully compliant with the Solicitors Act. A copy of this agreement can be accessed here.

Given the expenses and times associated with prosecution of a personal injury case, the imbalance of power and resources between the parties to such proceeding, as well as lack of funding by Ontario Legal Aid, contingency fee agreement are a great access-to-justice tool for victims of accidents. Keep in mind, however, that while such agreements are allowed in personal injury proceedings, they are not permitted in family or criminal (and quasi-criminal) disputes.